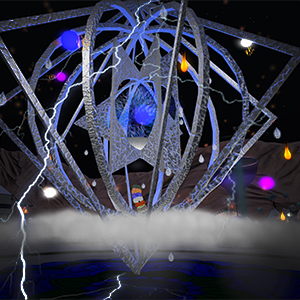 The two-day event was an exuberant celebration with a variety of fun music styles and art builds to explore, and it was with great reluctance that the event came to a close. We were delighted to see many friends both new and familiar join us as we reveled in great music and togetherness during the […] 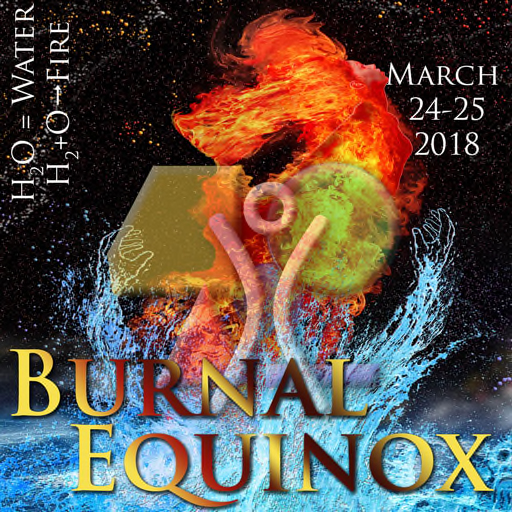 Creative Burners near and far, we call you to sign up and participate in the next event to take place on the virtual playa on Deep Hole: Burnal Equinox. The event dates will be March 24-25, 2018. The Theme is “H2O = Water but H2+O -> Fire” What does this mean? It is in two […]

Generally, time slots are 1 hour for live performers, 2 hours for DJs. You may perform more than once at the event, if time allows while giving as many performers the chance to play at BURN2. Be mindful of the Ten Principles of Burning Man, especially the Decommodification principle. No tip jars, no group joiners, no […]

Artists and creative builders are invited – nay, ENCOURAGED – to come and showcase their creativity at BURN2’s Burnal Equinox! DON’T LET “I don’t know how to make anything” stop you from learning! We encourage participation! We will offer building basics classes to get you started. Bring your idea and before you know it, you’ll […]

We had a very good response in suggestions for themes for this year’s Burnal Equinox event coming up March 24-25. Thank you to everyone who contributed! Out of 20, we had to narrow down to just 3, then choose one. The winner: “H2O = Water, but H2 + O -> Fire” The first part is […]

All you creative bearers of ideas and wild inspiration! We invite you to share those visions of Burnal Equinox goodness! We have a date for the next BURN2 event, and now we want a THEME! Some themes we’ve had in past Burnal Equinox events: Sacred and Profane  |  Picnic on the Playa  |  Balance  |  […]

Calling all performers! Self-sign-up has opened for main stage performers at BURN2’s upcoming Burnal Equinox Festival for the weekend of April 28-30, 2017. This year’s theme is “Sacred and Profane”, with the stage and infrastructure following an Emerald City interpretation. We’re growing a diverse lineup of performances including DJs, live music, dancers, poetry, fashion show, […]