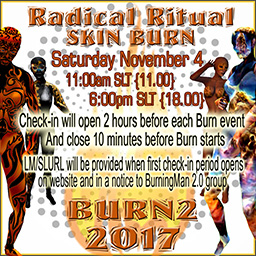 ARTIST NAME: andrea jones TITLE: The Meditation Temple of the 4 Elements DESCRIPTION: A temple of relaxation, meditation, and the 4 elements. Which element are you? Meditate on it on a pose pad. Dancing is in the gazebo out front, chairs and tents are open to anyone wanting to park. popcorn and cotton candy is by the […] 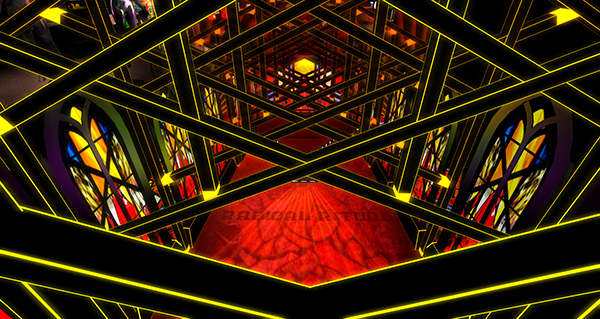 “Welcome Home!” We say to Burners and friends! The spectacle of the year is soon to begin, infused with the theme of Radical Ritual, in which you will see interpretations of every kind. “Reinventing ritual in our post post-modern world – disregarding assertions of belief and focus on the immediate experience of play. Play can […]

2017 Burning Man Art Theme: Radical Ritual This year’s theme is an attempt to reinvent ritual in our post post-modern world. For this purpose, we will disregard assertions of belief and concentrate instead on the immediate experience of play. Beliefs contain, define, and limit meaning. They can reduce truth to a rational commodity. But play […]