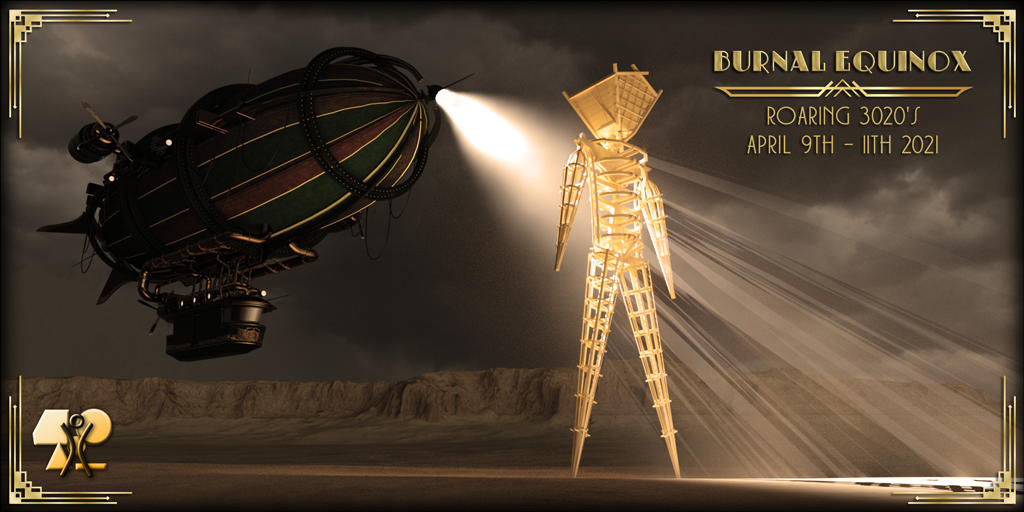 A thousand years into the future.. the space colony Earth has technology beyond our dreams, and the style of the Roaring 20s.. These are The Roaring 3020s, a mash-up of 1920's Futurism and today's vision of tomorrow. The event celebrates the diversity of the 3020 Earth colony, human and beyond. Think "Metropolis meets the Star Wars Space Bar".

Steampunk is a view of the future during the late Victorian era (late-1800s) which was based on steam-powered things with complex mechanical gears, and no electricity. Dieselpunk or Adampunk, styles during the 1940s and 50s, had views of the future where everything is round, small, and powered by atomic energy, such as the Jetsons. 1920s Futurism falls between these two, with electricity, large public works, and oversize, lofty ideas that were fueled by a post-war optimism of the future and naivety of real world-limitations.

A great resource for design ideas and historical background: