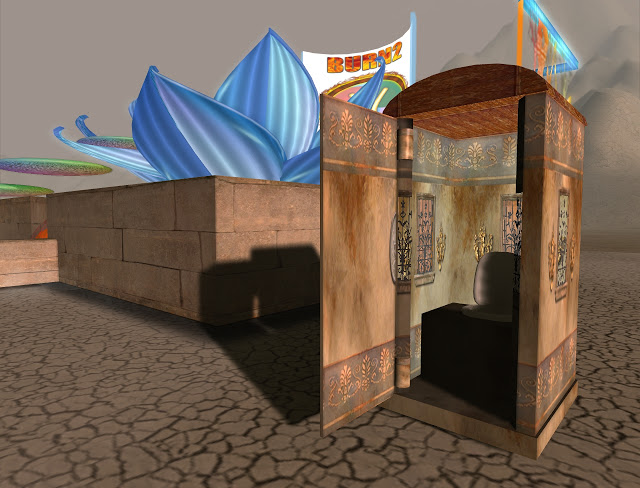 A scandal of enormous proportions has been ignored by both the mainstream media and the Second Life blogosphere, one which affects a large percentage of grid residents. It is time to face up to this example of blatant bias and discrimination and address one of the most fundamental inequities in our world.

The typical Humanoid Porta Potty
In 2010 the United Nations declared that access to clean water and sanitation is a fundamental human right. You'll notice they said "human". The arrogant bias shown by the physical world is reflected in our virtual lives as well and, unfortunately, until now Burn2 has been a co-conspirator in this plot to marginalize those who do not fit the elitist humanoid lifestyle.

One of the hallmarks of a Burn2 Festival is the existence of fabulous, often luxurious porta potties. It is seen as a priority to provide the sanitation facilities so otherwise lacking in the middle of a desert – I mean it's not like there's a tree or a bush you can hide behind while taking care of the inevitable bodily functions. 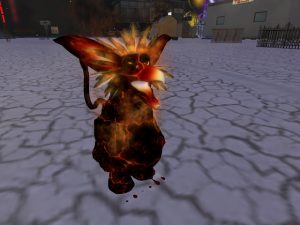 On Friday, August 5th there will be a Community Day at Burn2. I will have more information this week on the music and carnival and workshops to be held but first I wanted to highlight what might be the most important initiative on the grid in this century. A sandbox has been created for those who take non-human rights seriously and wish to end this truly myopic view of our population.

Basic porta potty guidelines will be available, along with a bucket to submit your build for inclusion in the Burn2 Festival landscape. Think about the different cultures and their needs – help provide decent sanitation facilities for all! It's about time somebody did.

The sandbox will be open during the full 8 hours of Friday's event (noon til 8:00 pm SLT)so start planning your design now.&nbsp; Give a pixie a way to pee in private and you'll make the grid a better, safer, healthier place. 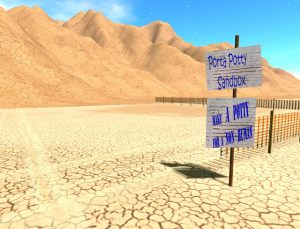