CONCEPTION: Why is Burn2 integral to Second Life 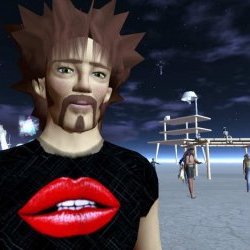 With the Second Life 9th Birthday upon us, we with Burn2 want to take a moment to explain why Second Life would not be what it is without Burning Man. The key lays with Second Life’s founder and first (and third) CEO, Philip Rosedale, the first life incarnation of Philip Linden.

Way back in 2009, on Second Life’s own blog, Phil said the following:

“It has been said that I was inspired to build Second Life when I first went to Burning Man in 1999 (the year I founded Linden Lab), but that isn’t quite true. I had been thinking about building Second Life since I was in high school. When I got to Burning Man, I had long been obsessed with the idea of what a fascinating thing it would be to use computers to simulate reality – to basically build the worlds biggest Lego kit – one that would let you build a whole universe out of digital ‘atoms’. But I hadn’t really thought much about what the community and social experience of being in such a digital world would be, or what sort of things people would build and for what reasons. So when I pulled up in the middle of the night and passed through the gates into the city, I was blown away by the sudden realization that probably the world of Second Life would look and feel a lot like Burning Man.”

While Second Life may have been gestating in Philip’s head a lot longer than his arrival on the playa, it’s clear that the social framework that makes up Second Life, and the world we conceive of at Burning Man, are linked.