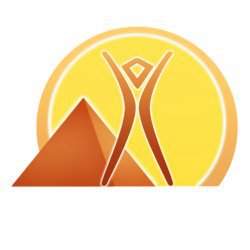 We’re happy to announce the BURN2 theme, logo and some key dates.

This year’s theme is “Metropolis – Civilization in the Desert.” Exploration and expression of the urban reality in the style of Burning Man, where materials are trucked into the desert to build a temporary city that then disappears, leaving no trace.

The “Civilization in the Desert” was added to the main Burning Man theme of Metropolis to set a tone of impermanence and desert orientation. The intention is to imitate Burning Man, being set in a very real desert with very real transportation issues, and to lead away from the construction of huge and heavy structures that would be disingenuous, given the desert nature of burning culture.

This year’s logo of  a person and pyramid framed by the rising sun was designed by Miso Susanowa, ChatBrat Pippita and Raven Haalan. It references civilization from its earliest beginnings to the current day, and the circular design can also be interpreted to be a wheel – one of humankind’s earliest and most pivotal inventions. The person and pyramid also represent Burning Man’s two core bulds – The Man and The Temple. The red, orange and yellow color scheme symbolizes fire, which of course shall claim both The Man and The Temple at the close of the festival.

Other dates worth noting include:

Exhibit and Presentations at SL7B

You’re invited to visit the Burning Life Exhibit at SL7B, meet friends old and new, get and give information. The lamplighters will be throwing down impromptu drumming and dancing sessions, so watch group chat for invites.

We’ve got four presentations scheduled in the SL7B auditorium, so get them on your calendar.