A Special Treat for the Burn2 Community 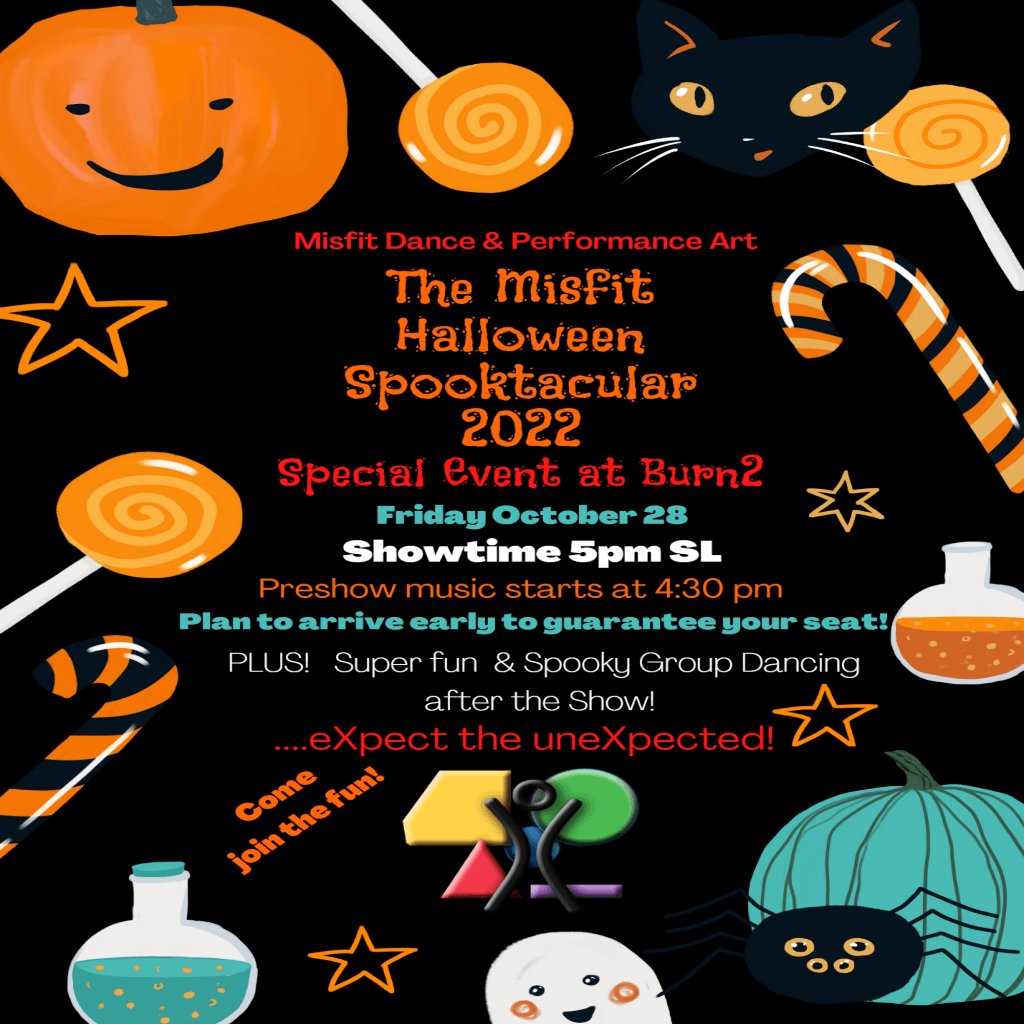 Plan to arrive early - seating is limited!
PLUS!
Super fun & Spooky Group Dancing after the show!

In recent years we've had performance groups come to share their time and talents with the community during the period between the Octoburn and the Skin Burn decompression.

This year, we will be treated to an extra special gift: a Halloween themed show given by the Misfits Dance and Performance Art troupe.

JenzZa Misfit is the producer, choreographer and performance director of the troupe. She describes it as "a theater art dance troupe like no other in Second Life®." JenzZa came to SL in 2006 seeking to have a purpose-driven virtual life. She explored a wide variety of of RL and SL enterprises, also education and non-profit projects, then in 2014 she stumbled into the world of stage dance. There she found her purpose, and over a period of three months, she set herself to finding the right tools and supplies, learning everything she would need to create her own musical theatre style productions.

Today, with her dance crew - Dulcikate Noel, KyraDevon Graves, and Bean (greenbeangirl), she creates full-scale Broadway style productions complete with music, sets, costumes and choreography. Each dance is a storytelling performance featuring a familiar character on a new adventure. To watch a Misfit production is to experience something that is not found anywhere else in SL. One unique feature of performances is a controlled camera system for the audience that makes watching a performance feel like a video that comes alive on the stage.

With nearly 100 dance pieces and eight years under their belts, this is a well organised and cohesive creative group. Look forward to seeing a beautiful performance at Burn2 on Friday the 28th of October. Seating is limited and opens at 4:00pm SLT. Arrive early to get a good seat!

To Get to the Performance:

When you arrive in virtual Gerlach in Deep Hole, you will be directed to where you can get your seat.