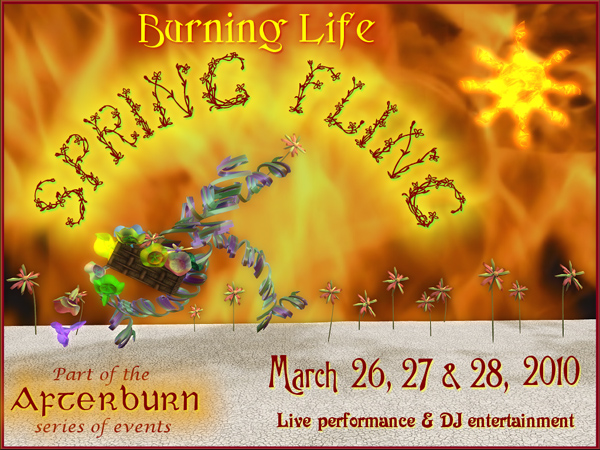 In 1999, a dreamy guy from San Francisco decided to go explore this Burning Man thing he’d been hearing about. Into his car, he tossed a tent, water and everything else he needed to survive, then he drove 300 miles out to the Nevada high desert.

He arrived at a featureless, 40-square miles of cracked mud, ringed by distant mountains. Hot. It was terribly hot. Except when the sun went down. Then it was just plain cold. The Black Rock Desert is an ancient dry lake bed. “The Playa”, geologists called it; harsh, foreign, unforgiving and so shockingly barren that it *begs* to be your empty canvas. A strange encampment had been erected there, ringed around a 40-foot tall anthropomorphic wooden statue destined to be burned the last night.

What the Dreamer found there— a huge group of people, self organized into a city, collaboratively creating a different reality— tweaked the direction of the project he was working on back in San Francisco, and filled his head with ideas about the nature of reality, creativity, identity and community. He worked some of these ideas into the very fabric of his project “Linden World”, which you and I now know as Second Life. That Dreamer was our Linden Lab founder Philip Rosedale.

Fast forward to 2003. Numerous Linden Lab employees were regulars at Burning Man, but by 2003 they were too busy getting Second Life out the door to visit the real life Playa. So Phoenix Linden approached the Burning Man organization for permission to build a tribute to the real event in Second Life. With permission duly granted, the Lindens built a Man statue much like the real thing, and “burned” it in-world. While Phoneix Linden (and Haney Linden)- started the Burning Life event, other Lindens facilitated over the years: Hamlet, Torley, Jeska, Iridium, and Everett.

By 2007 the Lindens were too busy to be directly involved with the event, and other SLers were running the event. These residents had never been to Burning Man and did not really understand how to represent its principles – yet they were using Burning Man’s symbols and vocabulary, and representing it inworld.

Understandably, Burning Man was becoming concerned about what was happening to the vibe, the message, the community and it’s principles as represented and enacted by Burning Life. It was decided that sending help and getting involved was the Burner way to improve the event.

Everett Linden, the head of Community Initiatives for LL (and also a Burner), was aware of the issues involved. In 2008, the Lab hired Dusty Udal, an experienced burner, as a contractor and gave her a Linden name tag in order to help reposition the event. Also at this time, Danger Ranger – founder of the real life Black Rock Rangers at Burning Man – got involved and helped with reorganizing the Burning Life Rangers into a more community-based organization, truer to the principles of the RL Rangers.

In 2010, Linden Lab experienced a sharp downsizing, and ownership of Burning Life was transformed from a partnership between Burning Man and Linden Lab into an entirely regional Burning Man event held in the metaverse. This was seen as a win-win, as Linden Lab was focusing on it’s core business and technology, and less on suplementary activities, while Burning Man wanted a higher fidelity representation in the metaverse.

If you look at the history of BM, it has also undergone a dramatic shift. 1996 was an evolutionary year for BM. After that, BM found a balance between anarchy and organization. In a sense, BURN2 is where Burning Man was in 1997. We are establishing a firm base for evolution and growth in the future.

With the birth of Burn2, there is a sense of renewal, a sense of community and a sense of hope as Burning Man and the metaverse intermix. The Burn2 community is established and viable, and the future is at our doorstep. 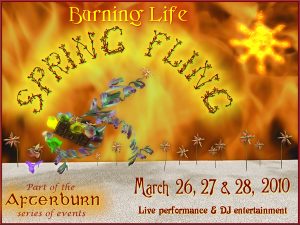